Producing plots and graphics is a very common task for analysing data and creating reports. Scilab oﬀers many ways to create and customize various types of plots and charts. In this section, we present how to create 2D plots and contour plots. Then we customize the title and the legend of our graphics. We ﬁnally export the plots so that we can use it in a report.

In order to get an example of a 3D plot, we can simply type the statement surf() in the Scilab console.

-->surf()
During the creation of a plot, we use several functions in order to create the data or to conﬁgure the plot. The functions presented in ﬁgure 20 will be used in the examples of this section.

In this section, we present how to produce a simple x-y plot. We emphasize the use of vectorized functions, which produce matrices of data in one function call.

We begin by deﬁning the function which is to be plotted. The myquadratic function squares the input argument x with the ”ˆ”operator.

function f = myquadratic ( x )
f = x^2
endfunction
We can use the linspace function in order to produce 50 values in the interval [1,10].

ydata = myquadratic ( xdata );
This produces the row vector ydata, which contains 50 entries. We ﬁnally use the plot function so that the data is displayed as an x-y plot. 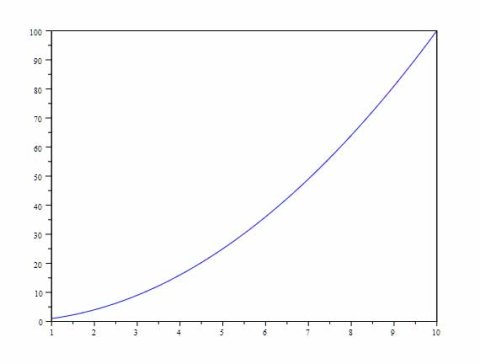 Notice that we could have produced the same plot without generating the intermediate array ydata. Indeed, the second input argument of the plot function can be a function, as in the following session.

plot ( xdata , myquadratic )
When the number of points to manage is large, using functions directly saves signiﬁcant amount of memory space, since it avoids generating the intermediate vector ydata.

In this section, we present the contour plots of a multivariate function and make use of the contour function. This type of graphic is often used in the context of numerical optimization because it draws functions of two variables in a way that shows the location of the optimum.

The Scilab function contour plots contours of a function f. The contour function has the following syntax

• z is a real matrix of size (n1,n2), containing the values of the function or a Scilab function which deﬁnes the surface z=f(x,y),

• nz the level values or the number of levels. 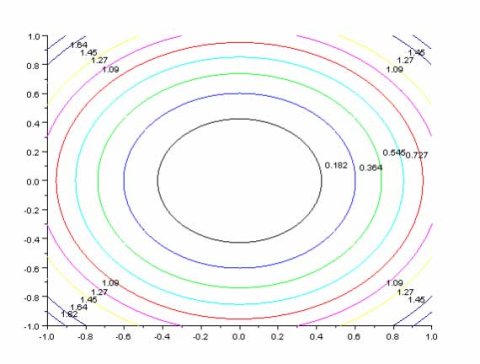 In practice, it may happen that our function has the header z = myfunction ( x ), where the input variable x is a row vector. The problem is that there is only one single input argument, instead of the two arguments required by the contour function. There are two possibilities to solve this little problem:

• provide the data to the contour function by making two nested loops,

• provide the data to the contour function by using feval,

• deﬁne a new function which calls the ﬁrst one.

These three solutions are presented in this section. The ﬁrst goal is to let the reader choose the method which best ﬁts the situation. The second goal is to show that performances issues can be avoided if a consistent use of the functions provided by Scilab is done.

In the following Scilab naive session, we deﬁne the function myquadratic1arg, which takes one vector as its single input argument. Then we perform two nested loops to compute the zdata matrix, which contains the z values. The z values are computed for all the combinations of points (x(i),y(j)) ∈ R^2, for i = 1,2,…,nx and j = 1,2,…,ny, where nx and ny are the number of points in the x and y coordinates. In the end, we call the contour function, with the list of required levels (instead of the previous number of levels). This gets exactly the levels we want, instead of letting Scilab compute the levels automatically. 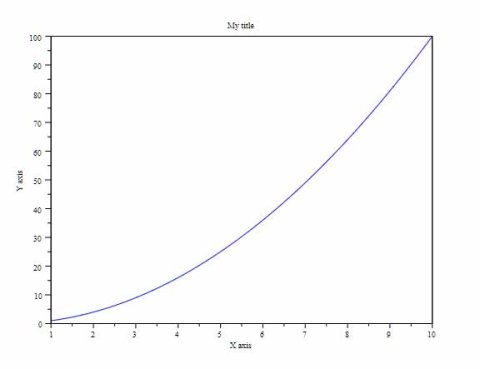 The previous script works perfectly. Still, it is not eﬃcient because it uses two nested loops and this should be avoided in Scilab for performance reasons. Another issue is that we had to store the zdata matrix, which might consume a lot of memory space when the number of points is large. This method should be avoided since it is a bad use of the features provided by Scilab.

In the following script, we use the feval function, which evaluates a function on a grid of values and returns the computed data. The generated grid is made of all the combinations of points (x(i),y(j)) ∈ R^2. We assume here that there is no possibility to modify the function myquadratic1arg, which takes one input argument. Therefore, we create an intermediate function myquadratic3, which takes 2 input arguments. Once done, we pass the myquadratic3 argument to the feval function and generate the zdata matrix.

Finally, there is a third way of creating the plot. In the following Scilab session, we use the same intermediate function myquadratic3 as previously, but we pass it directly to the contour function.

We are now interested in the conﬁguration of the plot, so that the titles, axis and legends corresponds to our data.

In this section, we present the Scilab graphics features which conﬁgure the title, axes and legends of an x-y plot.

In the following example, we deﬁne a quadratic function and plot it with the plot function.

Scilab graphics system is based on graphics handles. The graphics handles provide an object-oriented access to the ﬁelds of a graphics entity. The graphics layout is decomposed into sub-objects such as the line associated with the curve, the x and y axes, the title, the legends, and so forth. Each object can be in turn decomposed into other objects if required. Each graphics object is associated with a collection of properties, such as the width or color of the line of the curve. These properties can be queried and conﬁgured simply by getting or setting their values, like any other Scilab variables. Managing handles is easy and very eﬃcient.

But most basic plot conﬁgurations can be done by simple function calls and, in this section, we will focus in these basic features.

In the following script, we use the title function in order to conﬁgure the title of our plot.

title ( "My title" );
We may want to conﬁgure the axes of our plot as well. For this purpose, we use the xtitle function in the following script. 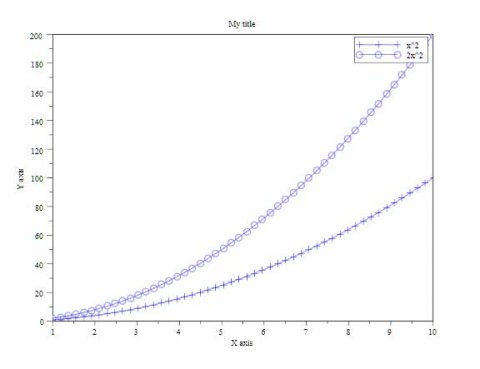 Figure 24: The x-y plot of a quadratic function – This is the same plot as in ﬁgure 21, with title and x-y axes conﬁgured.

We now know how to create a graphics plot and how to conﬁgure it. If the plot is suﬃciently interesting, it may be worth putting it into a report. To do so, we can export the plot into a ﬁle, which is the subject of the next section.

In this section, we present ways of exporting plots into ﬁles, either interactively or automatically with Scilab functions.

We can alternatively use the xs2* functions, presented in ﬁgure 26. All these functions are based on the same calling sequence:

xs2png ( 0 , "foo.png" )
If we want to produce higher quality documents, the vectorial formats are preferred. For example, LATEX documents may use Scilab plots exported into PDF ﬁles to improve their readability, whatever the size of the document.