CNES, the french space agency used Scilab during the rosetta mission to land Philae on the comet Churyumov-Gerasimenko!

The Rosetta mission presented several tasks. Location and attitude of Philae from the landing sites analysis to the science operations planning was on the SONC (Science Operation and Navigation Center) hosted by the French space agency CNES. 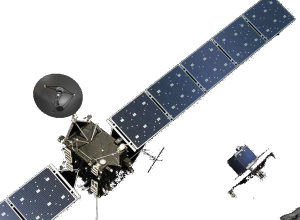 To be more specific, the flight dynamics of SONC (SONC-FD) was in charge of the analysis of the comet characteristics and descent trajectory to find suitable landing sites for Philae based on Rosetta’s instruments data and had to determine precise location and attitude after landing Philae as well as the communication opportunities and lander illumination.

The challenges are twofold :

In order to overcome all rigidities problem, to get a correct level of validation, develop their own features with something more time-efficient than FORTRAN, the SONC-FD team decided to developed its own Flight Dynamics System (FDS) including Scilab.

The FDS consists on :

The Tracelab toolbox that has been developed by the SONC-FD team is specific to the Rosetta mission. It provides a GUI and processes, plot and analysis data.

It was used for reading/writing almost all input/output data of FDS, transformation of mission frames, analysis of the comet environment and topography, statistic and probability analysis and geometry computations. 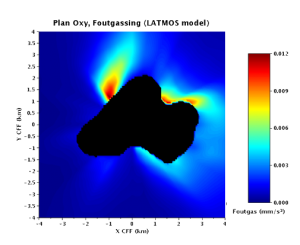 The Rosetta probe was launched in 2004 and reached after a 10 years journey comet Churyumov-Gerasimenko in august 2014.

After a landing approach of 4 months, on 12th November 2014, the small lander Philae was released by Rosetta and successfully landed at the comet surface. The lander reached its targeted site but due to a failure of anchoring system it experienced 2 hours long bouncing and finally landed.

During 57 hours, 10 of 12 scientific instruments on board Philae realized in situ analysis. Unfortunately, as the lander was poorly illuminated, it failed to recharge its batteries and went into the hibernation mode waiting for more sunny days…