Yamal LNG and Total work together operating a LNG (Liquefied Natural Gas) terminal in the Gulf of Ob (Arctic circle), and this appeared to be a particularly challenging mission. Actually, winter in Arctic Circle last 6 months and temperature drops to -23°C, freezing all the waterways. As ships have to navigate in dredged channels, the same tracks are used during the whole ice season with repeated passages (216 tankers trip per year). This causes ice to be repeatedly broken followed by freezing, induces so a thermo-mechanical process of ice accumulation which produces brash ice (mixture of smaller ice floes and water among the floes). Thus the thickness of the ice layer is increasing and can reach up to 10m making the waterway completely inoperable.

Bertin Technologies joined the project, designing a tool that will give more informations concerning the navigability of the current channel in order to improve tanker approach and load process.

First, the Bertin technologies team modeled the brash ice growth (BIGM) including a thermodynamic model for solid ice regrowth and an ice breaking model on Scilab.

Then, they made a combined use of this BIG model and their own CFD tool (CPS_C™) as a heat flow solver thus modeling both flow distribution and the heat flow contribution of the port. 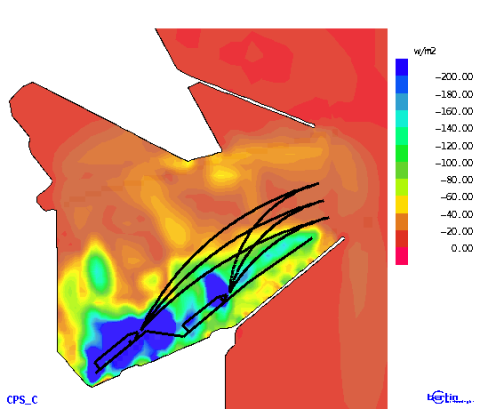 After testing different strategy, the Bertin Technologies team evaluated that the brash ice growing process makes a channel inoperable into 8 months. Therefore only 3 channels are needed for the tanker all winter. 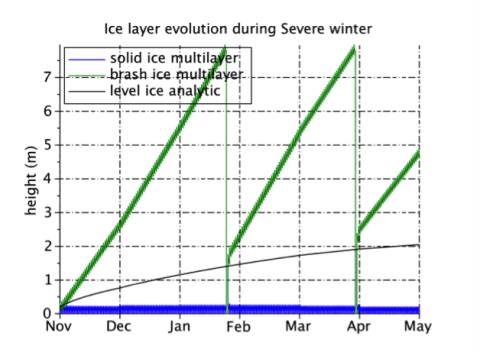