Download the White Paper about the use of the ARGO toolchain by DLR:
Scilab DLR White Paper ARGO – Model-Based Design of Heterogeneous Parallel Systems

An Enhanced Ground Proximity Warning System is a flight system (a supervisory controller) that creates visual and aural warnings in order to avoid Controlled Flight into Terrain.

The functions of the system are to create aural and visual warnings in case of:

Since 1974, the FAA has required all large turbine and turbojet airplanes to install GPWS equipment. Here is a list of some of the existing solutions on the market: 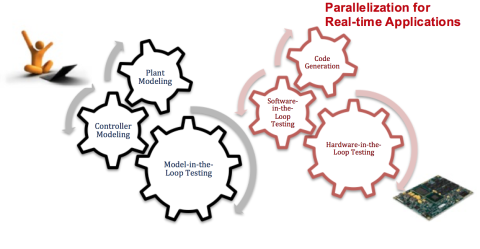 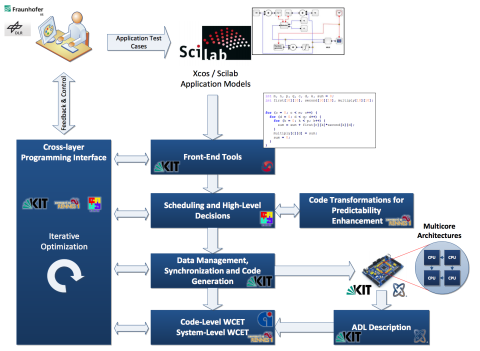 The EGPWS developed in the frame of the ARGO Project is utilizing the ARGO Workflow. The design model of the ARGO EGPWS as well as an Airbus A320 plant model is being developed using Scilab/Xcos. 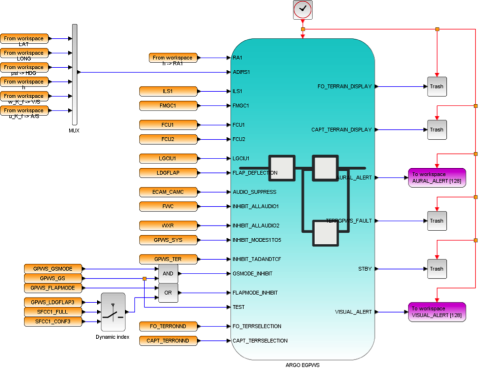 After conducting MIL in a Scilab/Xcos environment, SIL and HIL testing are being conducted using the automated code generation utilities of the ARGO toolchain. Auto-generated code is deployed on a multi-core FlexaWare® target platform from Recore Systems.

The last step of HIL testing is being planned as Pilot-in-the-Loop testing in German Aerospace Center (DLR) Air Vehicle Simulator (AVES). ARGO EGPWS is being integrated into the overall AVES infrastructure.

AVES is a state-of-the-art research flight simulator with unique capabilities:

During the different phases of a systems development project, the efforts are spread in the following activities that can be shortened thanks to model-based design approaches:

For the development of multi-core applications, the ARGO toolchain aims at keeping up with the efficiency that is provided by classical model-based design tools for single core applications. Therefore the ARGO EGPWS is partially being developed using other commercial-off-the-shelf model-based design tools for comparison. Current evidence indicates that the development effort is comparable.

The goal of the ARGO (WCET-Aware Parallelization of Model-Based Applications for Heterogeneous Parallel Systems) research project is to develop a toolchain which translates  model-based Scilab/Xcos applications into multi-core optimized C code with guaranteed real-time constraints.